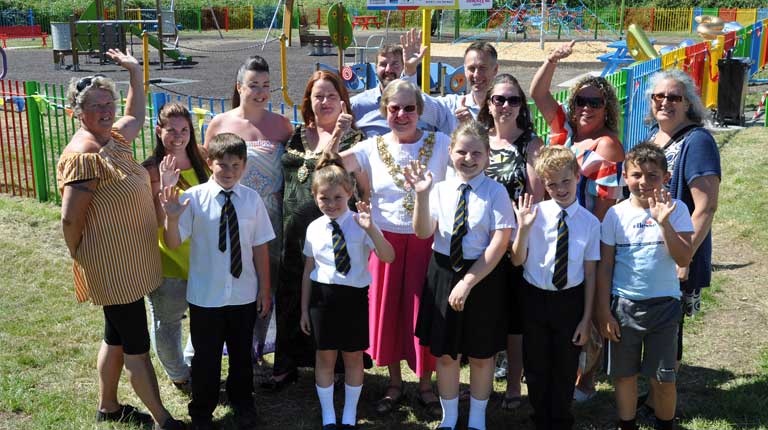 The Moor the Merrier

A group of mums who raised more than £100,000 have opened a brand new play park on their estate – with a wheelchair friendly picnic table funded by DWP Housing Partnership.

DWP Housing Partnership donated £700 and volunteers including those from Barclays painted the fence around the play area in Foreland Road.

Better access to the park was also factored into the works, with a new path laid for people with mobility issues.

The mayor of Poole, Cllr Marion Le Poidevin, was at the opening along with Amy, nine, who drew the picture depicted on the sign.

Alan Kenny from DWP Housing Partnership, said: “It is great to see communities getting together to make something happen.

“DWP was very pleased to make a donation and we wish the group well for its future plans.

“The park looks fantastic and the youngsters l saw playing on it absolutely loved it.”