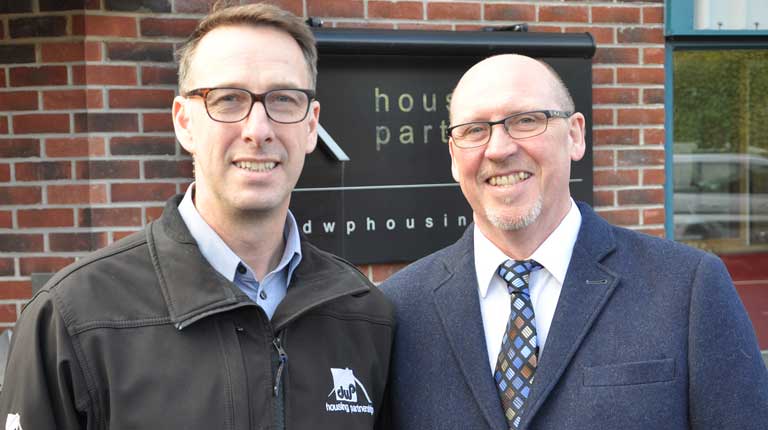 DWP Housing Partnership, which has around 3,000 tenants, says it is in everyone’s interest to keep people in their properties wherever possible.

The Housing Early Prevention Service is helping people throughout Poole and Bournemouth.

The joint Poole and Bournemouth Council initiative sends experienced outreach workers to private tenants who fear they might face losing their homes.

In more than 50 per cent of cases the scheme has so far managed to keep people where they are or aid movement to another property.

DWP Housing Partnership’s Alan Kenny said: “We are well aware that it is preferable for all parties if people can remain in their homes.

“Our own staff always try and help tenants so we were pleased when funding was secured by Bournemouth Council and Borough of Poole to further assist those who might be in difficulties.

“The main problem is that tenants don’t seek help early enough and often it is too late to maintain their tenancies.

“Sometimes tenants don’t want to lose face and they store up problems which result in a tidal wave of debt that hits all at once.

“Landlords have limited powers to help, so now if we suspect someone is struggling we can refer them straight away to the Housing Early Prevention Service.”

Gary Pulman from Borough of Poole, who is the Homelessness Partnerships Coordinator, said: “Bournemouth and Poole is one of 20 areas selected for funding to launch the service.

“It is a free of charge service for anyone aged 18 or over who is living in the private rental sector and is worried that they are at risk of losing their tenancy.

“There is a stereotyped idea about the homeless but many people are just two or three months away from being on the streets if they lose a job or their circumstances change.

“Our outreach staff work discreetly to try and help the tenant and work through their situation.

“There might be benefits that they are entitled to but not claiming, or financial advice that can make all the difference.

“We utilise other support services such as health care, Jobcentre, the voluntary sector as well as private sector landlords such as DWP Housing Partnership.

“Already we’ve helped people of all backgrounds and situations; from those with drug and mental health issues to professional people who have fallen on hard times.

“Keeping people in their homes is best for all and we would urge those who think they might be in trouble to get in touch.”

This website uses cookies to improve your experience while you navigate through the website. Out of these, the cookies that are categorized as necessary are stored on your browser as they are essential for the working of basic functionalities of the website. We also use third-party cookies that help us analyze and understand how you use this website. These cookies will be stored in your browser only with your consent. You also have the option to opt-out of these cookies. But opting out of some of these cookies may affect your browsing experience.
Necessary Always Enabled

Any cookies that may not be particularly necessary for the website to function and is used specifically to collect user personal data via analytics, ads, other embedded contents are termed as non-necessary cookies. It is mandatory to procure user consent prior to running these cookies on your website.